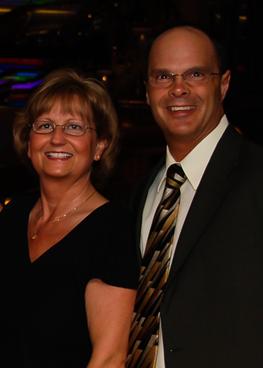 Steve Beal has been married to the love of his life, Carol, for 33 years. During this time he has been a leader in his community, church, and business. Together, they have been blessed with two great children and two awesome grandchildren.

For more than 20 years Steve has coached youth power-lifters (over 200 participants). Some chose to compete and he coached them to state, national, and world championships. Additionally, Steve recently set a world record in the Power Curl event and was named the Champion of Champions in that event at the WNPF World Championships. Steve is a personal friend and his passion for life, family, and faith is contagious.

SHOW UP AND SHINE Questions:

If you boiled life down to one philosophy that brings meaning and adds value to your life no matter what circumstances you face, what is that philosophy for you?

The realization that life is short and the next life (Heaven) is much more important. So while we are here we should get off the couch and do something significant. Additionally, we should always be in a state of learning as well.

What are one or two keys to success for you?

What is one of the biggest mistakes you’ve made and what did you learn from it?

Throughout my life I have let others persuade me and, in some cases, talk me into positions or responsibilities in which I had no real interest. Since I was capable, I felt obligated. I’ve learned the hard way that this kills your enthusiasm.

What is your best advice for people who want to SHOW UP AND SHINE? In other words, what would you say to help people live into their bigger story?

Embrace what you are passionate about, be yourself, and don’t let what you believe other people think make your decisions for you. When I started rock climbing, well intentioned people at my company advised me not to tell anyone because people might think I was “too far out there.” Five years later I took 38 managers from the same company rock climbing because it had become trendy. Bottom line, follow your passions!